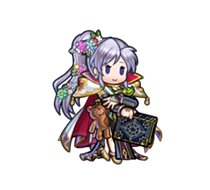 Ishtar, inheritor of the tome Mjölnir, is called the Thunder Goddess by some. Now she’s making a grand appearance as an Ascended Hero! Clad in special attire and wielding more power, she’s ready to take part in the battle between the liberation army and the Grannvale Empire! 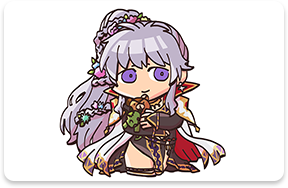 Ishtar’s lover, Julius, had embarked on a campaign of sacrificing children to his dark god. Unable to bear the sorrow, she worked against him to help the children to escape. 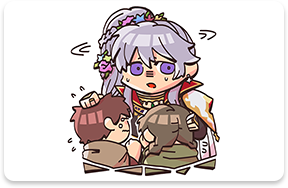 In fact, the stuffed toys she’s carrying and the flowers in her hair are actually gifts from the children she helped. These heartfelt gifts are more precious to her than any treasure. 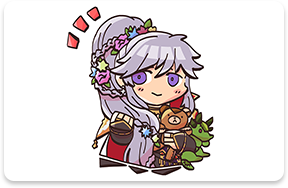 Ishtar was torn between her love for Julius and her sense of justice. However, they say that when the Thunder Goddess appeared on her final battlefield, she wore a gentle smile on her face… 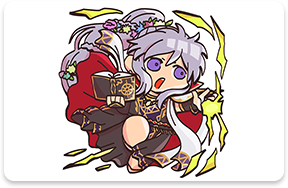 Wife of Bloom, leader of House Friege. Feared for her cruelty after it is revealed she forces children to participate in evil rituals. Ishtar’s mother.