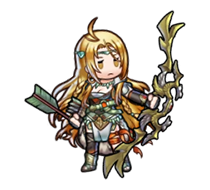 The continent of Jugdral was once ruled over by the Loptr Empire, worshipers of the dark god Loptous. That is, until the empire was overthrown by the 12 crusaders…and today I’ll be introducing you to Ullr, one of their number! 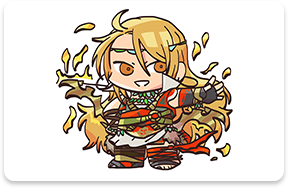 The Loptr Empire ruled Jugdral with an iron fist, and enforced the sacrifice of children in the name of Loptous. Though some people banded together to form a rebel army, they were no match for the empire, which was under the dark god’s protection. 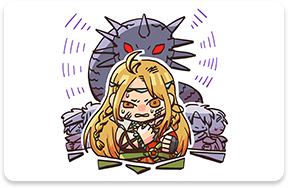 And then, when it seemed like the rebels’ fate was sealed, twelve gods descended, coming to their aid! It was then that Ullr, one of the rebels, received a special power, and with it the right to wield the sacred bow Yewfelle. 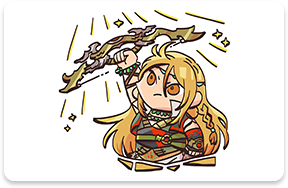 With the boon of the gods, the rebels succeeded in overthrowing the Loptr Empire. Ullr’s skill in battle was so outstanding that people came to know her as a master of the bow—that’s a resounding endorsement if I ever heard one! 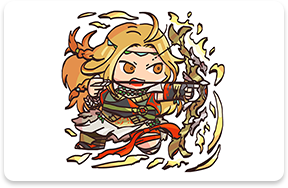 Gallant and determined, she was separated from her family as a child and raised by a pirate leader. A descendant of Ullr, she is the inheritor of the right to wield Yewfelle.