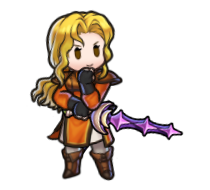 There’s a village called Fiana in eastern Thracia, on the continent of Jugdral, where an indomitable swordswoman leads a small community. Her name is Eyvel, and she’s a Hero! 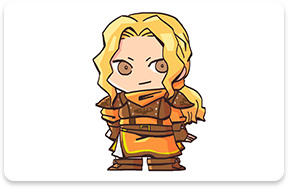 Eyvel doesn’t remember anything about her past, and for a while, she made a living as a wandering mercenary—until she established the village of Fiana after getting rid of the bandits and pirates who were terrorizing the local people. 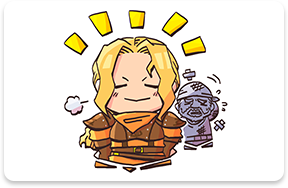 One day, when Eyvel was away from the village, soldiers from Grannvale came in pursuit of Leif, the Prince of Leonster. During the fighting, Eyvel’s adopted daughter Mareeta was kidnapped. 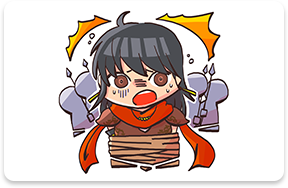 In order to rescue her daughter, Eyvel decided to join Prince Leif in his battle against the Grannvale Empire. They’ll get to witness her flair for sword fighting firsthand! 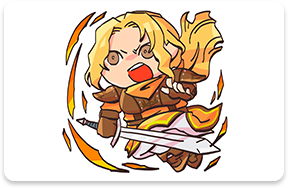 A swordswoman from Fiana. Eyvel rescued a young Mareeta from slave traders and took her in as her own daughter.

A warrior and a member of the Freeblades of Fiana. Hotheaded and brash, but his heart is in the right place. He throws his lot in with Leif when Eyvel joins his army.

Another warrior of the Freeblades of Fiana. A foil to Osian, Halvan is calm and collected. He sees Eyvel as a foster mother.