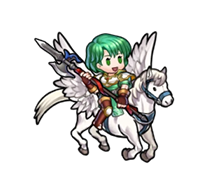 Karin is a trainee pegasus knight from Silesse, a kingdom in Jugdral. Filled with irrepressible energy and a strong sense of justice, she fights to prove herself as a full-fledged knight! 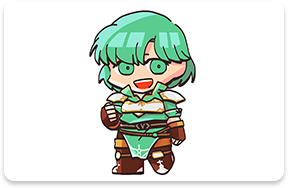 Karin was following after Silesse’s errant prince, Ced, when she arrived in northern Thracia. There, she was horrified to see how the arrogant soldiers from Grannvale took advantage of the populace. 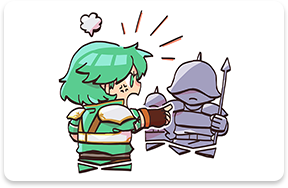 Having learned that Ced was fighting the Grannvale Empire on behalf of the people of northern Thracia, she then joined the liberation army led by Leif of Leonster. 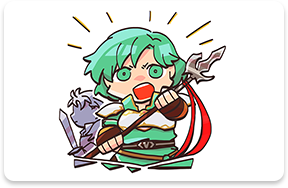 Swift and free as the winds of Silesse, Karin fought to support Leif’s army from the skies. If you saw her in action, you’d hardly call her a trainee pegasus knight anymore! 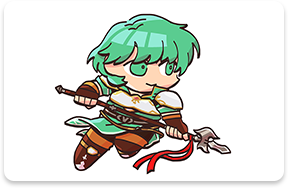 Son of Silesse’s pegasus knight Erinys. A hero that stood up for the liberation of Munster. Karin was traveling in search of him.

A wandering free knight. Something of a troublemaker, he’s quick to pick fights and gets Karin involved.