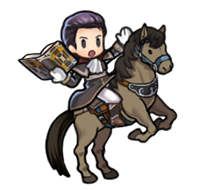 Reinhardt is a famous general who serves House Friege of the Grannvale Empire. He’s known and feared as the right hand of Lady Ishtar! 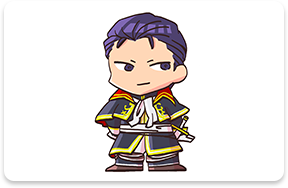 His trademark attack is Dire Thunder, a devastating lightning spell! In the hands of a peerless mage like Reinhardt, it more than lives up to its name. 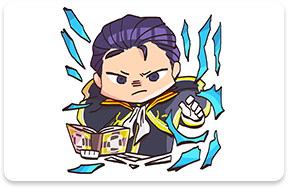 Of course, there’s more to Reinhardt than his fearsome magic. He’s noble and talented, and people look up to him—they even call him the second coming of the crusader Thrud! 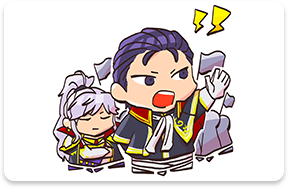 Having pledged his lifelong loyalty to Ishtar, Reinhardt’s fate would take him through a series of ordeals, eventually causing him part ways with his sister. Still, I’m sure he’ll find room in his busy schedule to help the Order of Heroes, right? 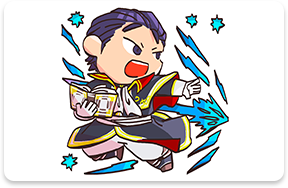 The heir to Mjölnir, she carries the blood of the royal family of Friege. The descent of her love, Julius, into the darkness troubles her. Reinhardt is her second-in-command and a trusted confidant.

A mage knight in Friege’s army. Her ideals sometimes put her in opposition with her beloved brother, Reinhardt.