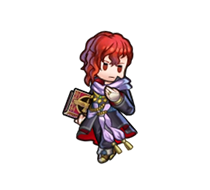 Today, I’ll be introducing you to Salem! He was once a member of the Loptr Church, worshippers of the dark god Loptous who were feared across Jugdral. 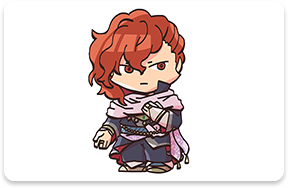 Salem became disillusioned with the Loptr Church’s creed and attempted to escape—only to be caught by pursuers who left him badly wounded! 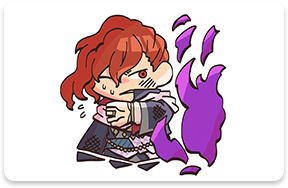 But in his hour of need, he was rescued and taken in by Perne of the Dandelion Bandits, a band of honorable thieves. 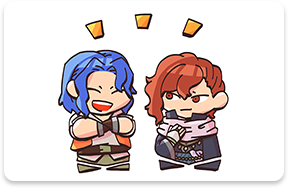 I’m told that the other members of the Dandelions were glad to have Salem there to support them with his magic… I’m glad he found a more productive use for that dark magic he learned! 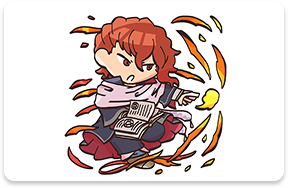 Leader of the Dandelions, a band of honorable bandits based in the forest of Dacia. He rescued Salem when he was grievously injured and brought him in as his guest.

Granddaughter of Lord Manfroy, archbishop and great priest of the Loptr Church, of which Salem was formerly a member. Hates Manfroy for what he did to her parents.