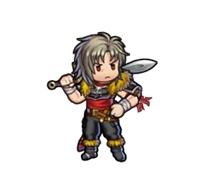 Galzus is one of the greatest swordsmen to walk the continent of Jugdral. But there’s more to him than that—he’s also a member of Isaach’s royal family, and he’s a descendant of the crusader Od too! 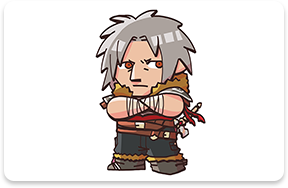 Having lost his kingdom during the war, Galzus set out on a journey with his young daughter, Mareeta. But one day, he turned his attention away for just a moment, and Mareeta was kidnapped! 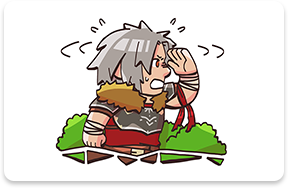 Galzus wandered far and wide in search of his daughter, taking on work as a mercenary to support himself. I hear that his swordsmanship was feared not only by his foes, but also by his employers as well! 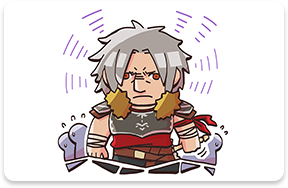 Galzus may seem hard to approach, but he’s a trustworthy man who’s dedicated to his duty. I’m sure he’ll achieve great things with the Order of Heroes! 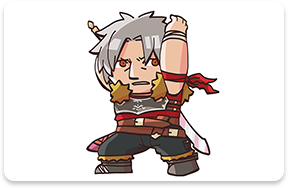 Foster daughter of Eyvel, mistress of Fiana. Freed from a curse, she now seeks to become a great swordmaster. Galzus’s long-lost daughter.

Mistress of Fiana, leader of the Freeblades. Took in Leif and company when they fled the Grannvale Empire. Adopts Mareeta after rescuing her from slavers.