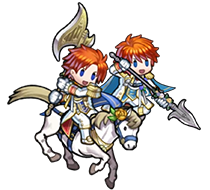 We’ve got a couple of guest stars coming to the bridal festival! Introducing two dashing grooms—Roy and his father, Eliwood, of Elibe’s House Pherae! 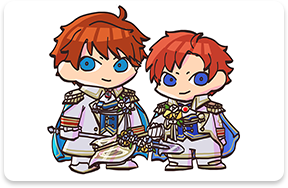 Roy once saved Elibe from the threat of the Demon Dragon, so his outfit features a gleaming brooch themed on the Binding Blade, the weapon he used in the decisive battle. Now that’s a heroic look! 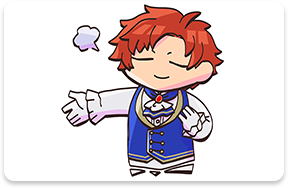 Eliwood, meanwhile, is demonstrating where his son got his sense of style from: his outfit’s sporting a brooch based on his trusty sword, Durandal! 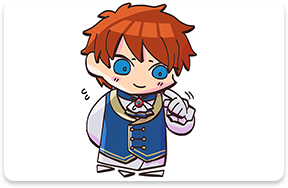 Both father and son have saved the continent of Elibe from peril over the course of each of their adventures. This year’s bridal festival truly has been blessed with grooms whose deeds and sense of style are equally outstanding! 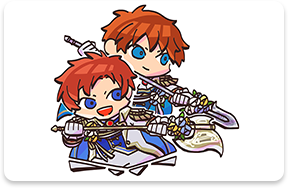 A noble of Ostia with a natural gift for magic. Roy’s friend since childhood.

Eliwood’s friend and brother of the Marquess of Ostia. Prefers action to court formality.