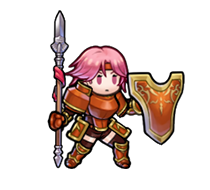 House Ostia leads the Lycian League of Elibe, and its military is renowned for its stalwart knights. Among their number is Gwendolyn, a rising star with a bright future ahead of her! 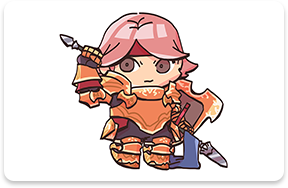 The hard-working Gwendolyn has long had a role model for her aspirations—her brother, Bors! I’m told that it’s always been her dream to be an indomitable knight of Ostia, just like him. 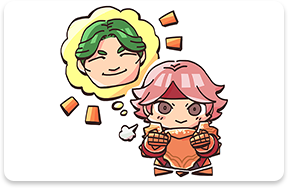 Gwendolyn is serious and disciplined. She had only just joined the knights when the revolt in Ostia broke out, but she immediately fought with valor to aid her lord! 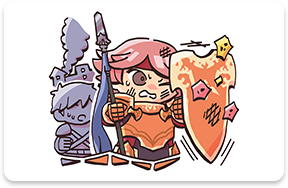 Day in and day out, Gwendolyn trains tirelessly to be as strong a knight as Bors is. I’d better not slack off either, or else Alfonse might get the jump on me! 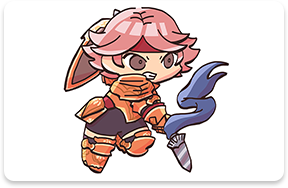 A noble of Ostia with a natural gift for magic. Roy’s friend since childhood. Gwendolyn’s lord.

An armored knight who serves House Ostia. He has a strong sense of duty and cares for his allies. Gwendolyn’s older brother.