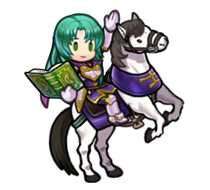 Etruria is a powerful nation in western Elibe, with three mighty generals who lead its armies. Among them is Cecilia—the Mage General! 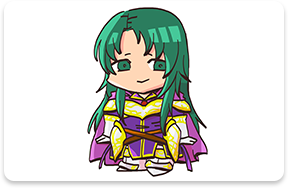 For someone of her rank, Cecilia has a gentle, considerate disposition. When she was serving as a military attaché in Ostia, she tutored Lilina, daughter of the marquess, and Roy, who was studying away from home. 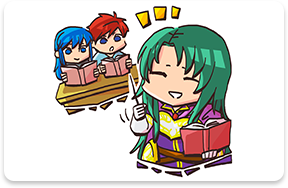 When Etruria was later attacked by Bern, Cecilia bravely took to the battlefield. However, she was no match for Zephiel’s overwhelming power, and soon found herself imprisoned… 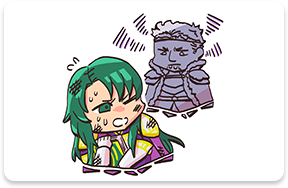 It was her former students who saved her—Roy and Lilina! Joining Roy, now a fine young adult, Cecilia continued to battle for her homeland! 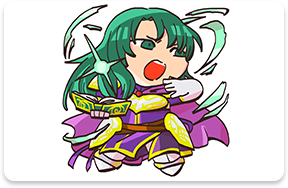 The son of Eliwood, Marquess of Pherae and talented leader of its army. Cecilia was his tutor.

A noble of Ostia and daughter of Hector with a natural gift for magic. Roy’s friend since childhood. She was also taught by Cecilia.