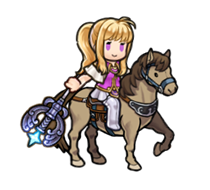 Today, I’ll be introducing you to the young lady of House Reglay of Etruria… It’s Clarine! She’s as strong-willed as she is charming. 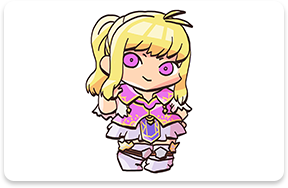 At one point, Clarine left home to see her brother Klein, whom she admires. But during her travels, she was deceived by a villain who then kidnapped her, hoping to make her into a gift to the Kingdom of Bern. 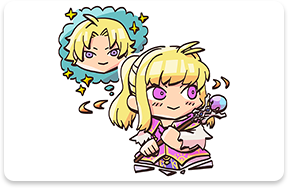 Things looked dire, but as luck would have it, she was freed by the swordsman Rutger. Having escaped with her life, Clarine took shelter with Roy’s army and joined the fight against Bern. 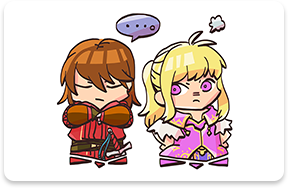 During the war, she used the power of healing staves to help her fellow members of the Lycian League. Seeing her stand with them, proud and radiant, her fellow soldiers’ hearts swelled with courage! 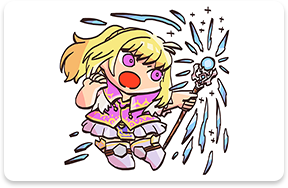 A swordsman from Bulgar, a trading city in Sacae. He swore vengeance against Bern after they killed his people, leaving only him alive. He saves Clarine’s life.

A young general of Etruria. Clarine’s brother. Treats all as equals.