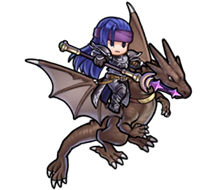 The Kingdom of Bern is the strongest military power on the continent of Elibe, and its army is headed by the three Wyvern Generals. But enough about them, let’s talk about Galle, who’s just as strong! 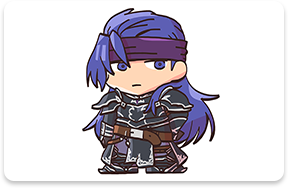 So, why didn’t Galle get to join the Wyvern Generals? Well, it might be because he’s not from Bern originally. In fact, there were certain people in the army who tried to keep him down because of it… 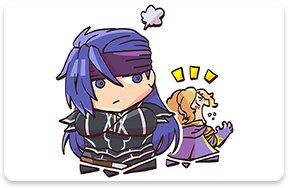 Still, Galle refused to let any sign of disappointment show. A lot of people were attracted to his gallant disposition, including his lover Melady. 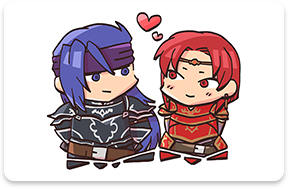 Galle is a dark horse who keeps his feelings hidden, choosing instead to solemnly serve his lord. I think he’s someone you can count on to get the job done, so I’m glad to have him working alongside the Order of Heroes! 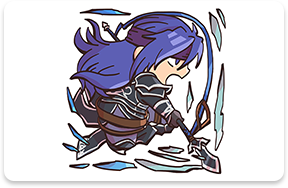 King of Bern. Once a kindhearted boy who became disillusioned with humanity. Wants his world to be ruled by dragons. Galle’s lord.

A wyvern rider who accompanies Guinivere. Though she is conflicted about opposing her homeland, she is loyal to her lady. Galle’s lover.