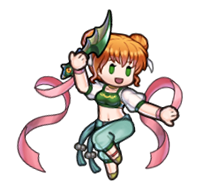 The Western Isles of Elibe suffered under a tyrannical ruler, but there was a resistance movement fighting back against their oppressors. Among them was Larum, the energetic young dancer who’s larger than life! 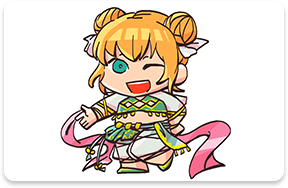 When Roy arrived on the Western Isles, Larum successfully petitioned him to aid the resistance. Joining forces with their leader, Echidna, Roy fought to free the isles from its oppressors. 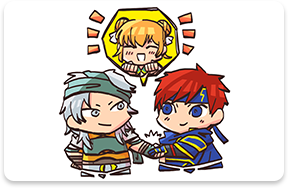 Aside from helping the resistance, Larum had other goals in mind. Her adoptive father—Douglas, the Great General of Etruria—had asked her to protect someone important… 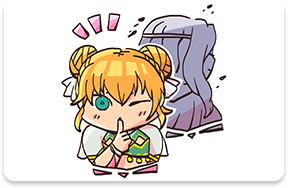 There’s certainly more than meets the eye when it comes to Larum, but what girl doesn’t have a secret or two? Anyway, I hope she’ll stick around to lift everyone’s spirits with her dancing! 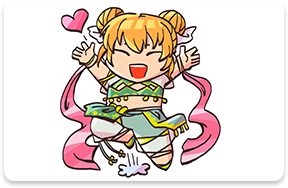 The son of Eliwood, Marquess of Pherae and talented leader of its army. Larum owes him a great deal.

Hero who leads the resistance of the Western Isles. Bold, strong, and dependable. She is Larum’s ally.