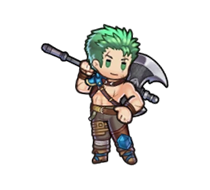 Dieck is the leader of a band of mercenaries on the continent of Elibe. He’s a tried-and-tested survivor who’s been through a number of hard-fought battles!

In his younger days, Dieck spent time fighting as an arena gladiator. After he saved the life of Klein, of House Reglay, he found himself in the exclusive service of the family. 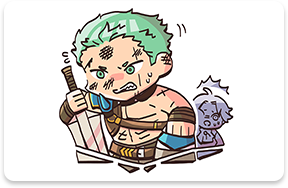 Some time later, Dieck moved on to working as a mercenary, eventually becoming the leader of his own group. It was during that time that he started to help Roy of the Lycian League. 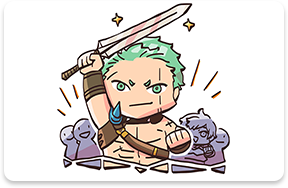 Bern’s army proved a formidable foe for the Lycian League…but the proud mercenary Dieck refused to back down! 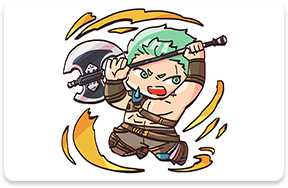 A young general of Etruria. Clarine’s brother. Treats all as equals. During his childhood, his life was saved by Dieck.

A trainee of the Pegasus Knights of Ilia. Cheerful and optimistic. She fights under Dieck.

A swordsman from Bulgar, a trading city in Sacae. He swore vengeance against Bern after they killed his people, leaving only him alive. A friendly rival of Dieck’s.