There’s a village in the Nabata Desert of Elibe where the descendants of dragons make their home. And that distant sanctuary is protected from intruders by Igrene, the ace sniper! 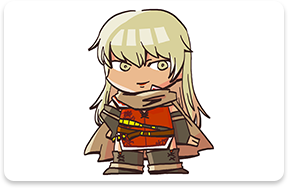 Igrene comes from a long line of Guardians of Nabata. Her father, Hawkeye, was her predecessor and also an oustanding Guardian. 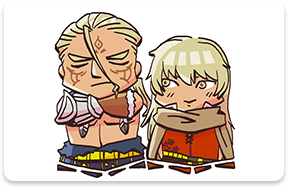 One day, the desert shaman Sophia sensed evil coming from the kingdom of Bern. Igrene left the village and worked with Roy’s army to find out the truth of what was happening. 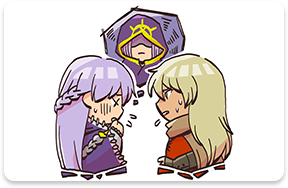 Igrene has a strong sense of responsibility, and I know she’ll carry out her mission no matter what. I’ve got my work cut out for me if I want to keep up with her! 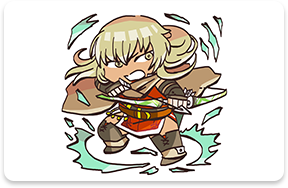 Former Guardian of the Nabata Desert and Arcadia, where dragons and humans live in harmony. Igrene’s father.

A surviving Divine Dragon with the nature of a child and very little life experience. Igrene is devoted to protecting her.

A shaman of Nabata who has lived a sheltered life away from other people. Sees the future. Also protected by Igrene.