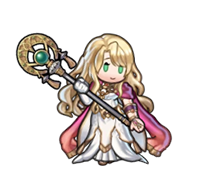 Man and dragon once clashed during the Scouring, a war that took place in Elibe long, long ago. That was when a group of Heroes known as the Eight Legends turned the tide in mankind’s favor, and here’s one of them. Welcome, Elimine! 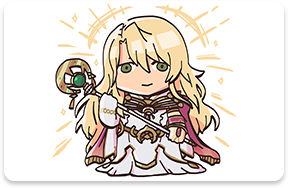 People called the devout and merciful Elimine a saint, but she also had the firm resolve of a Hero. Her faith and courage inspired people who’d been left physically and spiritually exhausted by the long war. 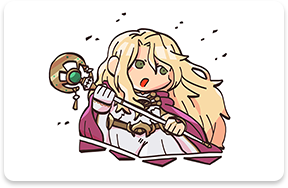 After the war, Elimine continued to spread divine teachings throughout the lands of Elibe, offering the hand of salvation wherever she could. In fact, people still tell their children about Elimine’s journey! 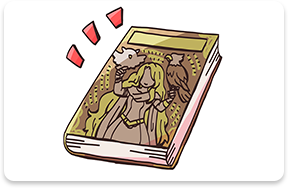 Her light tome, Aureola, was kept in Elibe and treasured as a sacred weapon, and her teachings have been passed down by the Eliminean church. And so, Elimine’s devotion has transcended generations, bringing light to countless people! 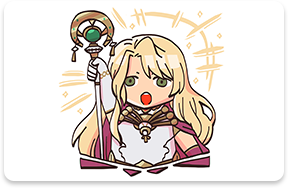 One of the Eight Legends who wielded a sacred weapon and fought against the dragons in the Scouring. Bramimond’s true nature is unknown. A contemporary of Elimine’s.

Princess of Bern, and sister of the king, Zephiel. Her beauty, kindness, and intelligence make her popular among her people. Uses Aureola, Elimine’s sacred weapon.

A gentle cleric of the Eliminean church who serves Raven. Carries a heavy burden from a dark childhood.