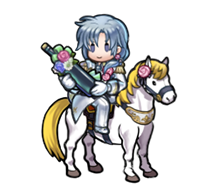 There’s not a single person in Etruria who doesn’t know who Pent is! He’s a famous expert in magic who leads the kingdom’s army as its Mage General. But did you know he also makes for a very handsome bridegroom? 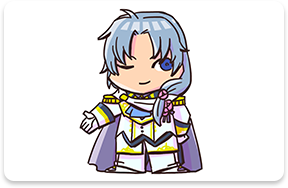 Pent is the head of Etruria’s influential House Reglay. But while he might be high up on the social ladder, he treats everyone with the same kindness and respect, whether they’re blue-blooded nobles or the commonest of commoners. 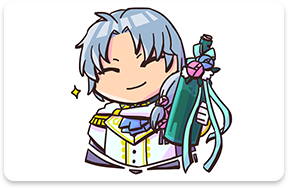 And isn’t his special groom outfit fantastic? It’s like he fell out of the suave tree and hit every branch on the way down.
…Wait, that doesn’t sound right. 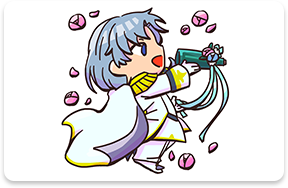 Anyway, Pent’s a good man, who raised a family of his own brave little nobles together with his beloved wife Louise. He’s a proud father who knows the meaning of love, so if you want a lesson or two about the subject, he’s the guy to look for! 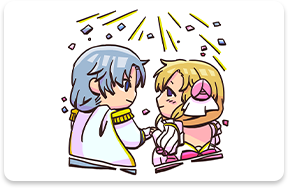 The wife of Pent, Count Reglay of Etruria. She’s wearing a wedding dress to take part in the bridal festival with her husband.

Pent’s son. He’s a young general serving in the Etrurian army. Like his father, he treats people with kindness and respect regardless of social standing.

Pent’s daughter is a noblewoman belonging to House Reglay of Etruria. She can be rather naïve and overbearing at times, but she truly loves and respects her brother, Klein.