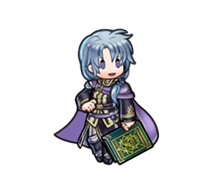 Here’s Pent, one of the three elite generals of Etruria, a great nation in western Elibe. They call him the Mage General! 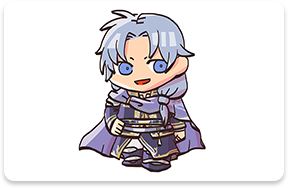 Pent is also the count of Reglay, one of Etruria’s leading houses. With his outstanding talent for magic, his political acumen, and his debonair personality, it’s no wonder he’s so widely respected. 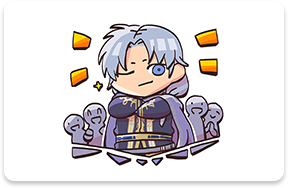 While he might seem like the total package, no one’s infallible. Sometimes, he gets so wrapped up in his magic studies that he forgets to eat and sleep. It can be quite the headache for his beloved wife, Louise! 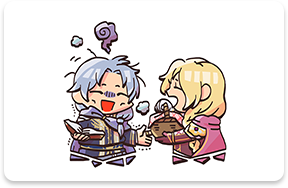 Pent is a busy man, being both an Etrurian leader and a full-time researcher of magic. I just hope he doesn’t overwork himself…for Louise’s sake! 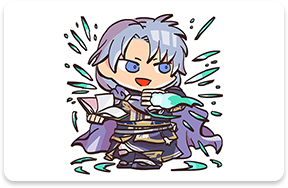 Wife of Pent, Count Reglay of Etruria. Said to have caught the eye of many an admirer with her dazzling beauty and impeccable aim.

Ward and student of Pent, Mage General of Etruria. Feels a great debt of gratitude to his foster family for raising him.

Guardian of the Nabata Desert and Arcadia, where dragons and humans live in harmony. A family friend to Pent.