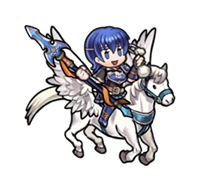 Farina is a pegasus knight from Ilia. She’s a talented mercenary who’s no stranger to the battlefields of Elibe! 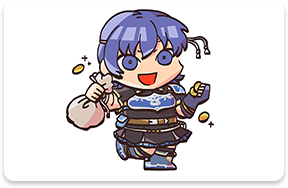 Farina has two sisters, and she’s the middle of the three. The eldest, Fiora, is stern and serious, while the youngest, Florina, is rather shy. Farina, meanwhile, speaks her mind, and she sees the world for what it is. 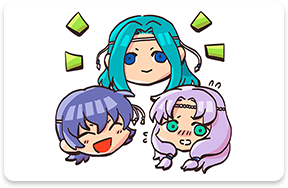 In fact, she’s got a real obsession with money. I hear that when Hector recruited her, she demanded an eye-watering fee of 20,000 gold! 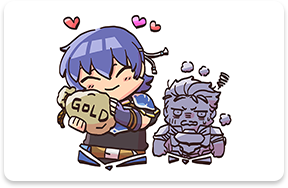 Still, once she signs a contract, she’ll never betray her employer. She’s a proud Ilian mercenary, after all! And so, she continues to soar over the battlefield, demonstrating the prowess of Ilia’s pegasus knights! 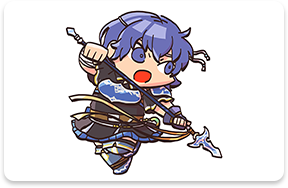 Youngest of three sisters who are Pegasus Knights of Ilia. Shy, gentle girl who loves animals.

Eliwood’s friend and brother of the marquess of Ostia. Prefers action to court formality. He hires Farina as a mercenary.