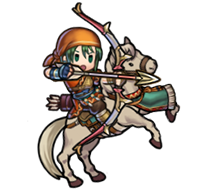 Standing out with his cool, dispassionate looks, Rath hails from Sacae on the continent of Elibe. He’s the son of the leader of the Kutolah, one of the three great tribes of the plains. 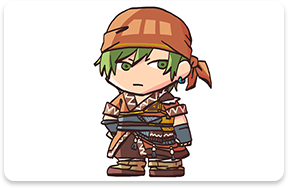 When Rath was only an infant, the diviner of the tribe foresaw an ill omen in his future—a dark flame that threatened to burn everything to ash. Rath was banished from the village, and from then on he traveled alone, looking for a way to avert the catastrophe. 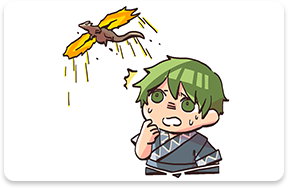 Over the course of his travels, Rath grew into a strong young man. And then, one day, he encountered Lyn, a fellow nomad of Sacae, and was plunged into a battle against the darkness that threatened his world! 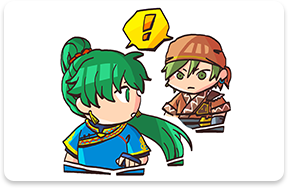 Rath doesn’t talk much, and that’s putting it lightly, but he’s driven by a strong sense of conviction. And when it comes to fighting, he’s like a powerful gale racing across the battlefield! 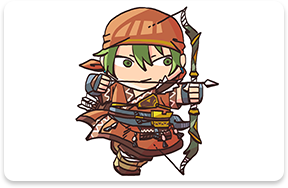 A noble of Caelin whose full name is Lyndis. She hopes that her gifts express all of the feelings she normally doesn’t put into words. Rath’s ally and fellow Sacaen.

Granddaughter of Dayan, the Silver Wolf, leader of the Kutolah tribe. She hears the voices of the sky and earth and lives in harmony with nature. Rath’s daughter.