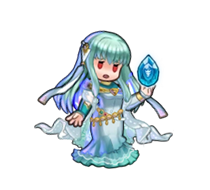 On the surface, Ninian is a gentle woman who dislikes conflict, but her true form is that of a mighty ice dragon. She has the power to open the Dragon’s Gate, which joins the world of humans with the world of dragons! 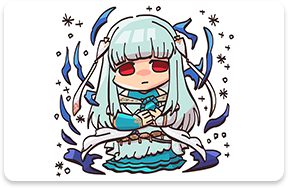 She and her younger brother, Nils, were on the run from Nergal, who was trying to abuse their powers. It was during this time that they met Eliwood, and thanks to him, they were safe…but only for a moment. 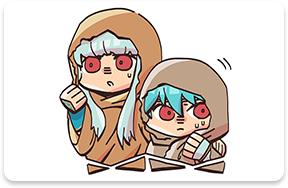 Once Nergal managed to capture Ninian, he hypnotized her so she would open the Dragon’s Gate for him. The powers of the ice dragon within her went berserk, and Ninian went on a rampage! 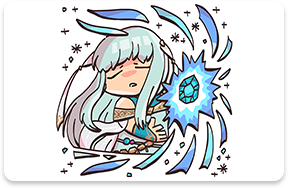 Having gone completely wild, Ninian was a prisoner of fear who lashed out at any who drew near. Will the worried Eliwood and Nils find a way to reach out to her? 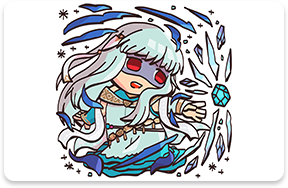 A young boy who travels with his older sister, Ninian. The charming sound of his flute’s song has an energizing effect on those who hear it.

The shadowy leader of the Black Fang whose identity is veiled in mystery. Manipulates Ninian into opening the Dragon’s Gate.

Marquess of Pherae. After overcoming the death of his father, Elbert, he foils Nergal’s wicked ambitions with his comrades. He protected Ninian from the Black Fang.