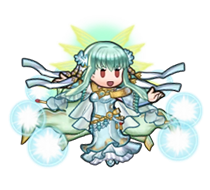 Ninian is an ice dragon who fled to a faraway land when the Scouring, a terrible war between man and dragon, broke out a thousand years ago. After the war, she returned to the world of mankind, where she continued to wander. 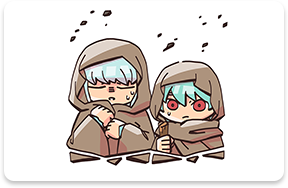 Her travels were all to escape the clutches of Nergal, who sent the Black Fang to capture her and take advantage of her ice-dragon powers—but with the aid of Eliwood, the future Marquess of Pherae, and his allies, Ninian confronted her foes. 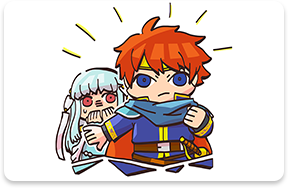 Ninian suffered heavy wounds and eventually collapsed, but at that critical moment, she gained new strength. This was the power given to her by the storied Heroes of the Scouring, the Eight Legends! 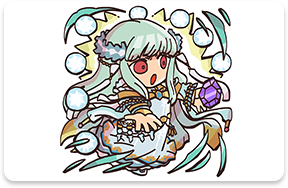 Some people say that after achieving victory in the climactic battle, Ninian lived happily as a human! 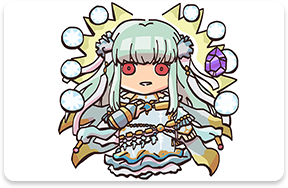 A young boy who travels with his older sister, Ninian. The charming sound of his flute’s song has an energizing effect on those who hear it.

A sincere noble of Pherae. His friends Lyn and Hector serve him loyally. Protects Ninian from the Black Fang.

The one manipulating the Black Fang from the shadows. Little is known about him. He uses Ninian to open the Dragon’s Gate.