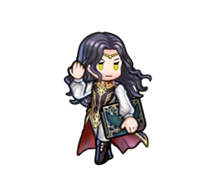 With their enchanting golden eyes, Limstella has a bewitching appearance that hints at the powerful magics at their disposal. They’re quite the cryptic character! 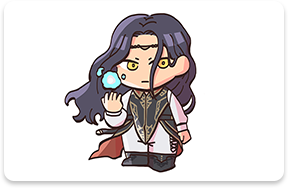 Well, let me reveal some of their mysteries for you. Limstella is in fact a morph, one of the minions created by Nergal, who was controlling the Black Fang assassins from the shadows! 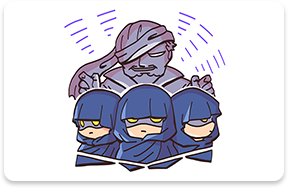 Nergal created many morphs, but of all the morphs he made, he considered Limstella his greatest work. Limstella was the one he charged with taking on his most important tasks. 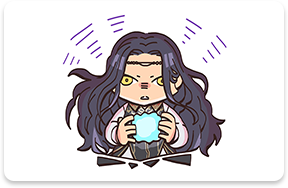 Limstella is absolutely loyal to Nergal, and not a single shred of emotion crosses their enchanting features. Still, I wonder what could be going through their mind? 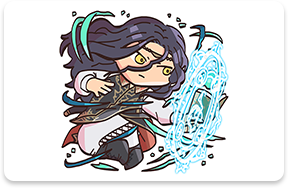 A mysterious woman who seduced the leader of the Black Fang. Her true loyalty lies with Nergal, at whose instruction she secretly manipulates events. Works alongside Limstella.

A cruel member of the Black Fang assassins. Lends her service only to someone truly perfect. Works alongside Limstella.

A mysterious man who controls the Black Fang assassins from the shadows. He created Limstella and uses them as his pawn.