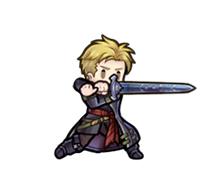 Lloyd is a talented swordsman who some know as the White Wolf. He’s a member of the Black Fang, a group of assassins who bring judgment upon nobles who prey on the poor and downtrodden. 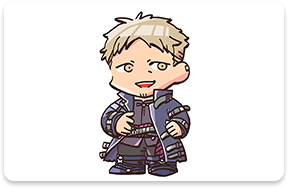 Lloyd is a top man at the Black Fang, putting him in a position to oversee and lead the others. He’s self-possessed and keeps a cool head, so there’s little chance of him letting the others down! He also has a close relationship with his brother, Linus. 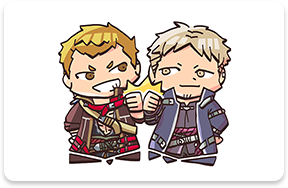 After fighting Eliwood’s party in Bern, however, Lloyd started to have doubts about how the Black Fang’s ideals seemed to have changed from what they once were, and he decided to look for answers alone. 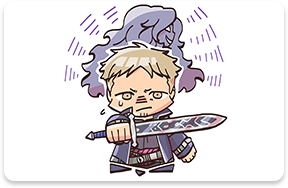 Though he is always faithful to his mission, Lloyd does worry about the path the Black Fang is headed down. I’m sure such a conscientious Hero will make a wonderful ally to the Order of Heroes! 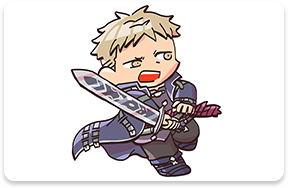 A member of the Black Fang known as Mad Dog and an equal match for his brother Lloyd. He brings judgment down on those he deems evil.