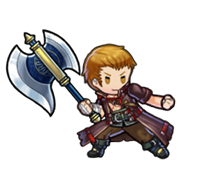 Here’s Linus, or, as some like to call him, the Mad Dog! He’s a leading member of the Black Fang, an organization of assassins that targets wicked nobles who prey on the common folk. 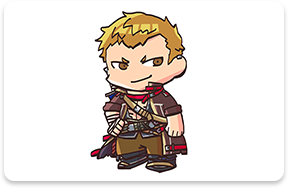 Linus is included among the top members of the Black Fang, known as the Four Fangs. His brother Lloyd is right up there with him, and they’ve carried out countless dangerous missions together. 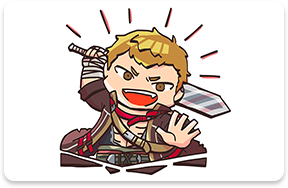 Linus faced off against Eliwood in Bern, but soon learned that he had been misled about his opponent’s true nature. It was then that he swore he would find out who was plotting behind the scenes to control the Black Fang’s actions. 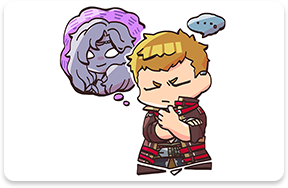 With his raw strength, Linus can swing a weapon as if it were light as a feather. He’s fearless, too, and won’t back down from a fight no matter how strong his foes are. Maybe some of that bravery will rub off on me now that he’s helping the Order of Heroes! 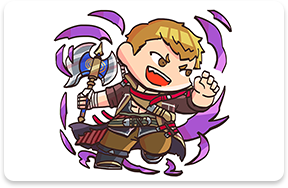 A member of the Black Fang assassins. Delivers justice to those they deem criminals. Known as the White Wolf. Son of the group’s leader. Linus’s brother.