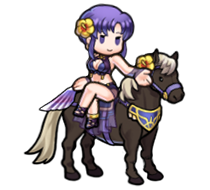 Ursula is a member of the Black Fang, a group of assassins based in the Kingdom of Bern. She’s made a name for herself as the infamous Blue Crow! 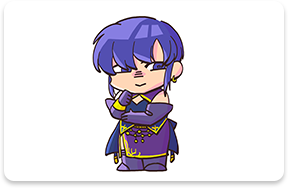 Ursula is part of the Black Fang’s elite—the Four Fangs. Ordinarily, I’d be pretty worried right about now, but seeing as she’s shown up in a swimsuit, I don’t think she means any harm! 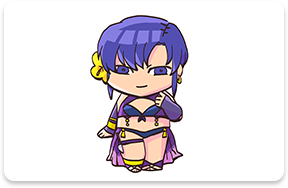 Her swimsuit really shows off the chic style people recognize her for. If she kicks off a trend, I bet Commander Anna could rake in the profits with a line of luxury swimwear… 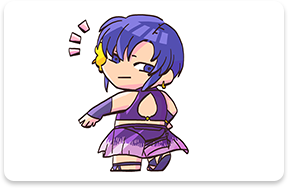 Anyway, Ursula’s here to make a splash! I have to say, it’s a pretty disarming look—wait. You don’t think this has something to do with her work for the Black Fangs, do you? 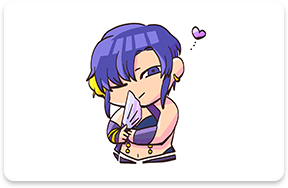 Like Ursula, he’s a member of the Black Fang assassins. Delivers justice to those they deem criminals. Known as the White Wolf. Son of the group’s leader.

A fellow member of the Black Fang known as Mad Dog and an equal match for his brother Lloyd. He brings judgment down on those he deems evil.

An emotionless member of the Black Fang assassins. Known as the Angel of Death. He later betrays the Four Fangs and becomes Ursula’s enemy.