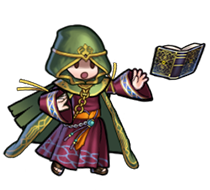 In the world of Elibe, there was once a great war between man and dragon called the Scouring. Bramimond is a survivor of this war, one of the Eight Legends who fought for mankind wielding a sacred weapon with terrible power! 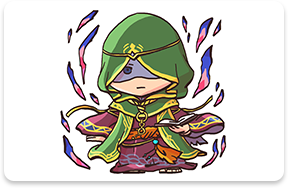 The Scouring started about a thousand years before the adventures of Eliwood and his friends. Like the Archsage Athos, another survivor of the war, Bramimond has been watching over Elibe for generations. 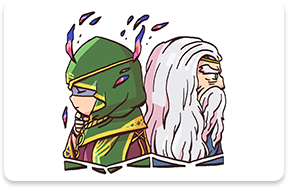 Bramimond uses the tome Apocalypse. The legends say that in order to harness its power, Bramimond gave himself completely to the darkness, his heart and his memories lost to the shadows… 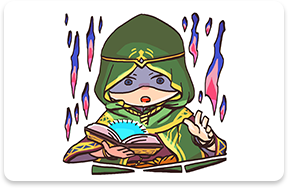 And now, this living legend has arrived in Askr! I hope he’s willing to lend his ancient, timeless power to the Order of Heroes! 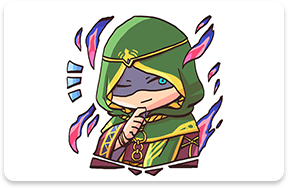 A young dancer who has a serene and mystical presence. Her dances are divine tributes. Bramimond’s power allowed her to regain a future once thought lost.

One of the surviving Eight Legends, he now lives in seclusion in the Nabata Desert. Known as the Archsage, his knowledge and magic are unrivaled. He uses the tome Forblaze.