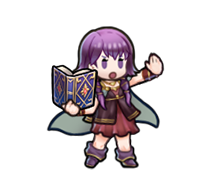 Here’s Lute, the prodigy without equal…or at least, that’s what she calls herself! She’s a rather unusual mage whose remarks tend to catch people off guard. 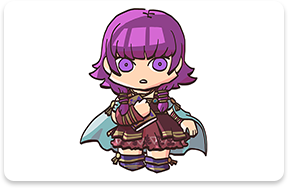 Lute has been gifted ever since she was a child. I hear her curious, quirky behavior made her hard to keep up with, even at an early age! 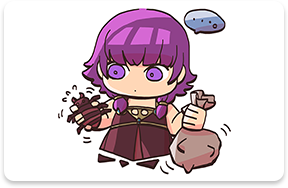 When monsters attacked her village, Lute joined the army of Renais to help fend them off. I wonder if she was secretly more interested in studying the monsters than fighting them… 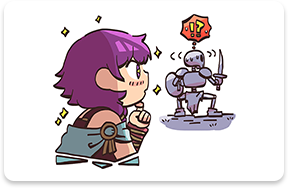 You see, Lute’s always been interested in studying unusual creatures, and— Is it just me, or does it feel like we’re being watched? You don’t think she’s studying me, do you?!

A monk from Renais. Serious and devoted to his faith. He and Lute have been friends since childhood.

Son of Garcia, a warrior of Renais. A very straightforward and honest lad raised without a mother. He greatly admires his father’s skill. His training didn’t prepare him for Lute’s sharp tongue.