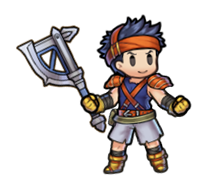 Hailing from the village of Ide in Renais, Ross is a rookie warrior who’s ready to take on the world! 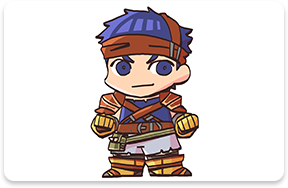 Ross is the son of Garcia, who was once a commander in the Renais military, and he wants to be a celebrated warrior, just like his dad. 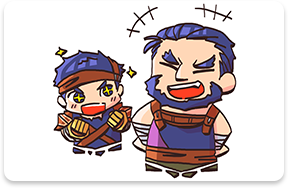 However, Garcia cut his military career short to spend more time with his family, realizing all too late that he never quite spent enough time with them. Fearing for his son’s safety, he began to avoid conflict. But when war came to the village, it was some encouraging words from Ross that stirred the old fighting spirit in him once more! 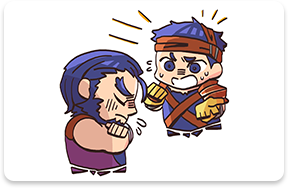 Ross joined Eirika’s army in their battle against Grado, and he continued to grow into a warrior in his own right. He might be an even stronger warrior than his dad one day! 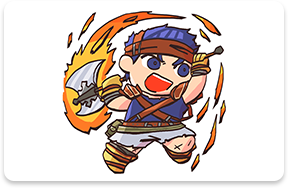 Ross’s father. A former commander in the Renais army, but left after his wife passed away. When Ide Village was attacked by bandits, Ross’s intervention spurred him into picking up his axe once more.

A young soldier from a small village in Grado. She is honest and sincere. She has a friendly rivalry with Ross.

A young mage of Renais with an unusual temperament. Confident in her abilities. Remains convinced that Ross’s name is “Son-of-warrior-garcia-ross.”