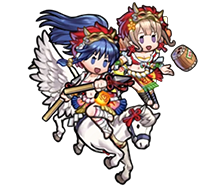 Tana, princess of Frelia, and Peony, a ljósálfr from the realm of dreams, are teaming up to take part in the festival of flames! 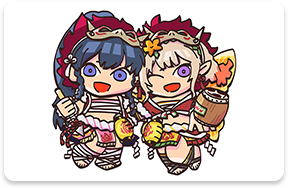 They’re both wearing new outfits with authentic Flame Tribe designs for the big event. I’m not really sure what those two sticks Tana is holding are for, though… 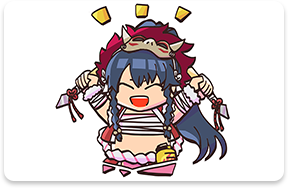 Now that I think about it, Peony’s also holding something! Hers looks like a barrel, though… Wait, is that a drum? I guess that means Tana’s going to be the drummer! 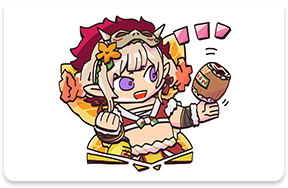 The upcoming tournament is full of Flame Tribe traditions, and it looks like it’s going to be tons of fun! I can’t wait to see Tana and Peony’s beaming smiles when they get involved! 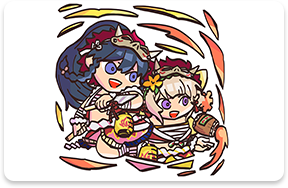