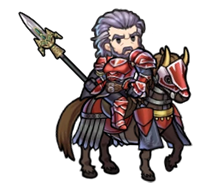 Grado’s army is helmed by six fearsome generals. Duessel is the longest-serving member. He’s a veteran they call the Obsidian! 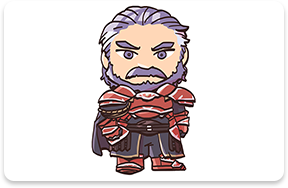 Duessel is stern and serious about his duties, and he has the respect of both his subordinates and his colleagues. He’s an elite warrior who’s renowned for his prowess—in fact, he’s the one who taught Ephraim, the prince of Renais, how to use a lance! 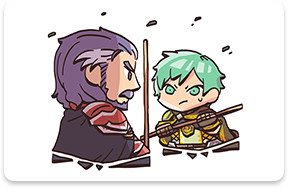 Over the years, Duessel faithfully served his lord, Emperor Vigarde. But his loyalty was tested when his peace-loving liege seemed to change overnight, and he embarked on invasions of Grado’s neighboring countries. 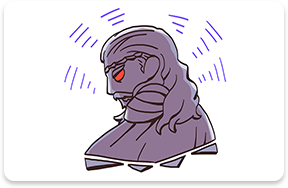 Though left confused by his emperor’s sudden change of heart, Duessel continued to fight for Grado. Ever the hard worker, I see… I hope he learns to make some time for himself one of these days! 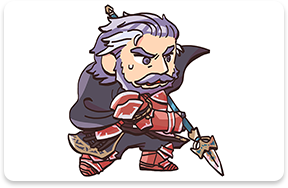 Prince of Renais. Eirika’s twin. Cares deeply for his sister. His confidence has sometimes put him in danger. Duessel taught him how to use a lance.

Commoner from out of a desolate village who used her magic ability to become the Fluorspar of the Imperial Three. Duessel’s colleague.