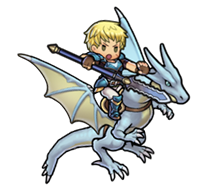 Cormag is a wyvern knight serving in the military of the Grado Empire. His older brother, Glen, is one of Grado’s six Imperial Generals—and considering the two brothers’ rural origins, I’d say they both did very well for themselves! 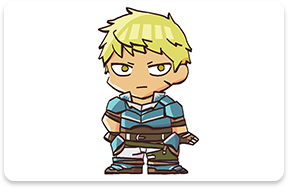 Riding his faithful wyvern Genarog, Cormag distinguished himself on the battlefield with a number of achievements. In fact, his feats were so impressive that knights in other countries talked about his skill with a lance! 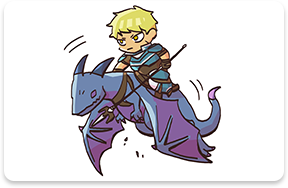 However, during the war between Grado and Renais, Cormag’s beloved brother was assassinated. Cormag turned his back on his former homeland to find out the truth of what happened, and joined Ephraim and Eirika in their battle. 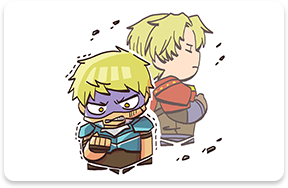 Though he had resigned himself to fighting against his country, Cormag never abandoned his pride. With his adamant sense of conviction, I’d love to see what he can do for the Order of Heroes! 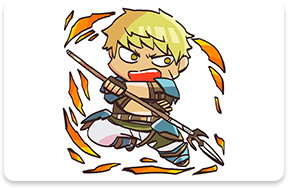 The princess of Frelia. Innes’s sister. Somewhat naive, but cheery and very sociable. Battling alongside Cormag deepened their bond.

One of Grado’s six generals. Cruelty intoxicates him. Known as Moonstone. He killed Glen when he came too close to finding out the truth about the Emperor of Grado.