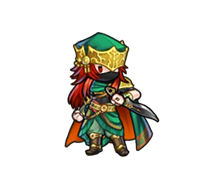 Joshua is the heir to the throne of Jehanna, a desert kingdom in southeastern Magvel, and today, he’s showing off his striking new look as an Ascended Hero! 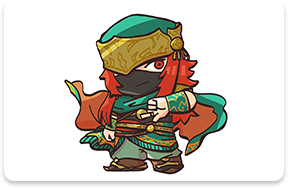 Joshua cared little for the stuffy formality of court life, so he fled the kingdom and chose instead to wander the world. I hear his mother, Queen Ismaire, was very worried for his safety… 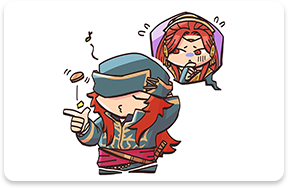 Later, the neighboring empire of Grado would invade, and tragically, Ismaire was slain. Her last act was to entrust the future of Jehanna to Joshua, who swore that he would become the king that Jehanna needed. 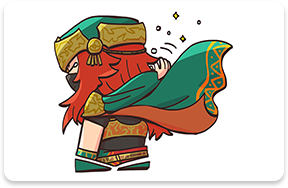 Having donned the regal garb of Jehanna, Joshua has also mastered new swordsmanship techniques. Now, he fights to protect the kingdom his mother loved! 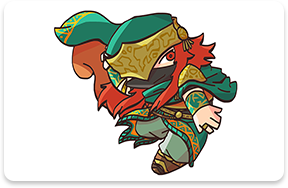 The queen of Jehanna, who is known as the Queen of the White Dunes. Joshua’s mother.

The Tiger Eye of Grado’s six generals. Rose from mercenary life doing whatever it takes to achieve his goals. He takes the life of Ismaire, Joshua’s mother.

A gentle cleric from Grado, and a woman of beauty and grace. She was helped by Joshua during her journeys, and decides to join him.