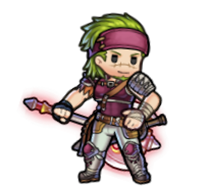 The mercenary trade thrives in the Kingdom of Jehanna, but few are more capable than the band led by Gerik, the Desert Tiger! 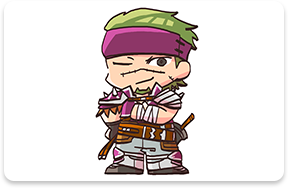 Despite his skills, Gerik doesn’t care much about fame or riches. In fact, he started working as a mercenary to keep an eye on a childhood friend of his who wanted to become the greatest mercenary on the continent—and sadly died with his ambitions unfulfilled. 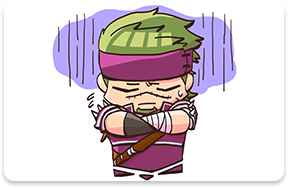 Though Gerik had lost his reason to fight as a mercenary, he realized that he had gained other loyal friends through shared battles. He couldn’t bear to abandon them, and so he decided to start his own band of mercenaries and keep his friends close until the end. 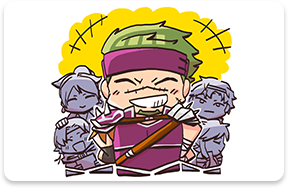 Gerik is compassionate, and will never abandon an ally under any circumstances. That devotion, along with his wealth of experience, make him a natural leader, and a useful comrade on the battlefield! 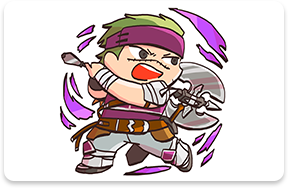 An aloof swordfighter in a mercenary group led by Gerik. Her nom de guerre, Crimson Flash, strikes fear in others.