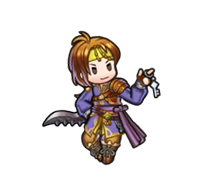 Here’s Rennac, a thief from Carcino! He’s one of L’Arachel’s traveling companions, charged with keeping her safe on her mission to rid the land of monsters! 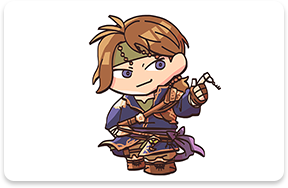 Well, I say “companion,” but strictly speaking, Rennac was hired to protect her…and he doesn’t seem very happy about the way the Princess of Rausten treats him compared to the way she treats their other companion—her retainer, Dozla. 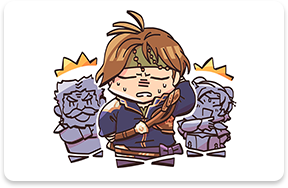 I hear that Rennac’s father was one of the greatest merchants in Carcino, but also incredibly miserly. He insisted that his son earn his keep with hard work, and so, unable to benefit from his family’s fortune, young Rennac turned to thievery instead. 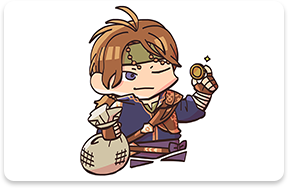 In Rennac’s view, money is the only thing worth believing in. Well, if that’s what it’ll take to win him over, I’m sure the Order of Heroes can afford to keep him motivated! 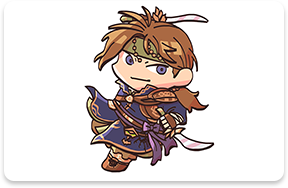 Princess of Rausten. Dozla and Rennac accompany her on their quest to defeat the monsters around Magvel.

An attendant in L’Arachel’s service. A hearty man with a thirst for life, who treasures children above all else. The other of L’Arachel’s companions.