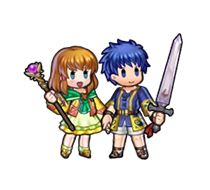 Well, isn’t this a lovely surprise! It looks like Ike of the Greil Mercenaries and his sister Mist are making an appearance from their adorable childhood days! 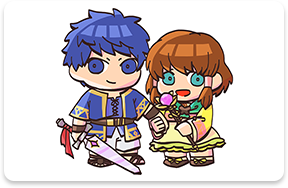 The grown-up Ike is defined by his intense, taciturn disposition, but as a child, he’s just a little cutie! That said, you can definitely see traces of his gallant older self in the way he holds his sword. 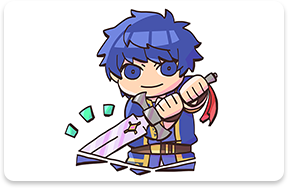 Mist, on the other hand, hasn’t changed much compared to her older self. I guess she’s been full of cheerful energy ever since she was a kid, chasing after Ike to help out with her healing staff! 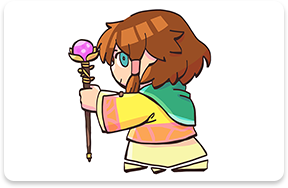 Throughout their childhood, Ike and Mist were close siblings who always looked out for each other. I think Alfonse and I could learn a few things from their example! 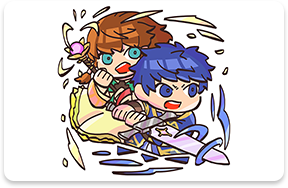 The first leader of the Greil Mercenaries. Father of Ike and Mist.

Deputy commander of the Greil Mercenaries. An idealistic former knight who values honor. She’s like a second mother to Ike and Mist.

A boy with a natural talent for magic. He has difficulty speaking due to his experiences growing up. After meeting Ike, he was moved by his kindness.