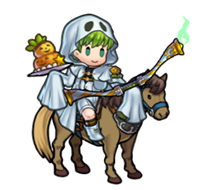 Hmm? Who’s that hiding under a sheet, pretending to be a ghost? Let’s see who you really are, sheet-ghost! …Ah-ha, I knew it! It’s Rolf! 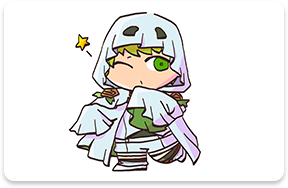 So during the harvest festival, there’s a tradition where kids ask the grown-ups for candy by telling them “trick or treat!” Rolf may be a Hero, but he’s still young enough to want a share of the action! 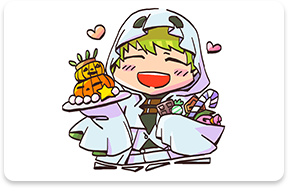 Rolf’s wearing a cute ghost outfit for the festival, and after this, he’ll be going to “treat” his brothers to a few of his tricks. Do you think he’ll manage to scare them? 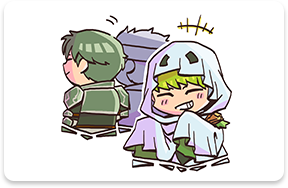 Well, I’d rather be spooked by a cute ghost than a scary one! I hope Rolf gets a great haul this harvest festival! 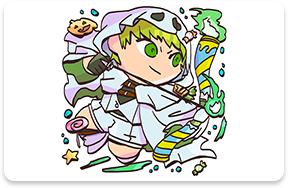 A straightforward but accommodating member of the Greil Mercenaries. Has good instincts. He’s Rolf’s brother.

A member of the Greil Mercenaries. Brash and big-hearted, he doesn’t care much for details. Oscar is his older brother, while Rolf is his younger brother.