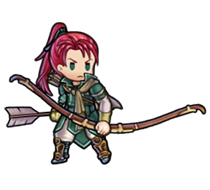 Shinon’s a first-rate archer and a veteran member of the Greil Mercenaries! 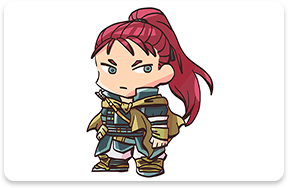 When Ike inherited command from Greil during the war between Daein and Crimea, Shinon was horrified. He rebelled, and briefly left the mercenaries together with his friend, Gatrie. 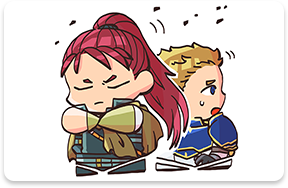 Some time later, Shinon found himself opposing the Greil Mercenaries on the battlefield. Impressed by how Ike had matured, and moved by Rolf’s words, Shinon decided to return to the group. 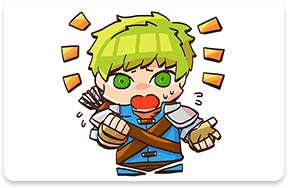 Shinon has a sharp tongue, and he can often be a handful, but he shows that he cares about the younger mercenaries…sometimes. I’m sure his skill with a bow will help keep Askr safe from danger too! 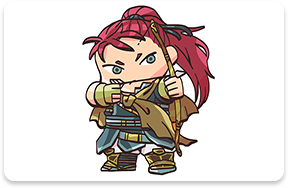 The first leader of the Greil Mercenaries. Father of Ike and Mist. Shinon respected him not only as a leader, but also on a personal level.

A knight with the Greil Mercenaries. Easily excited, he flirts with women at every turn but suffers rejection just as often. He looks up to Shinon like a brother, and they often act together.

A member of the Greil Mercenaries and the younger brother of Oscar and Boyd. He gets Shinon to teach him how to use a bow.