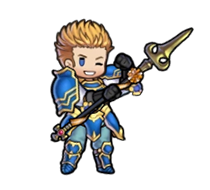 Gatrie is a member of the Greil Mercenaries. With his superb stamina and resilience, he can really take a beating, and that’s always something to look out for in a Hero who’s got your back! 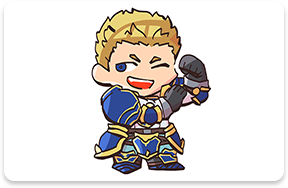 He’s got a cheerful, positive disposition, but he can also be naive and easily fooled. He looks up to Shinon, a long-standing member of the Greil Mercenaries, and has always worked alongside him. He’s kind of like an eager younger brother, you might say. 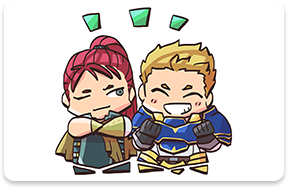 After Greil died and Ike took over command, Shinon rebelled, and Gatrie left the group with him. But after a few twists and turns, he and Shinon rejoined the Greil Mercenaries, giving Ike their support at last! 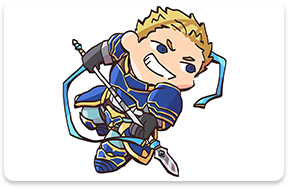 Gatrie is also a serial flirt, but no matter how many times he gets turned down, he doesn’t get discouraged. If you’re being generous, I guess you could say that’s a sign that he always stays positive, even when faced with seemingly insurmountable adversity. 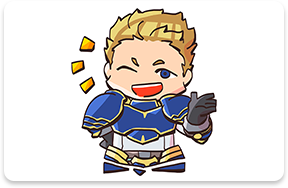 A sniper with the Greil Mercenaries. Has a sharp tongue and is a master of the bow, a fact that neither he nor his foes will deny. Gatrie looks up to him like a brother.

A kindhearted but stoic young man who has taken command of his father’s mercenary band. Gatrie learned that Ike was a capable leader in his own right.