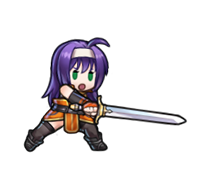 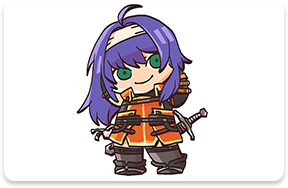 Some time back, Mia was rescued from a tight spot by Greil. Shortly afterward, she encountered his son, Ike, and joined the Greil Mercenaries. 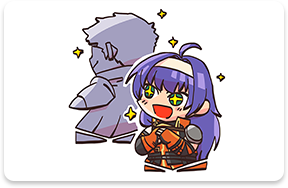 She was fascinated with Ike’s swordsmanship, and started calling him “Boss” out of respect. I hear that she often gets him to spar with her! 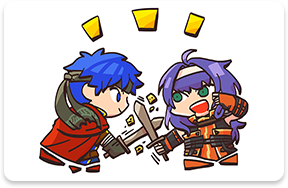 Mia trains relentlessly to hone her skills—and she won’t rest until she’s the greatest sword fighter in the world! 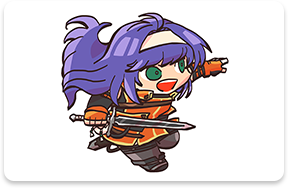 The first leader of the Greil Mercenaries. Father of Ike and Mist. He rescued Mia from capture.

A kindhearted but stoic young man who has taken command of his father’s mercenary band. Mia’s sparring partner.