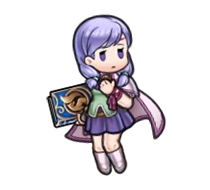 Ilyana is a mage who seems fragile and delicate at first glance…but appearances can be deceiving! 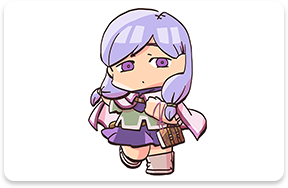 You see, Ilyana has a voracious appetite. She’ll eat enough to feed a family, and still she’ll be left hungry, causing her to wander in search of more food. She’s almost like a hungry ghost! 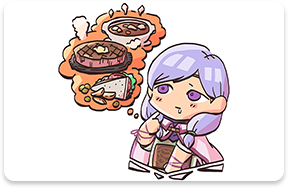 For a while, Ilyana was accompanying a merchant caravan, but was separated from them due to…some complications from Daein’s war. She later encountered the merchants again, but this time on the battlefield. The merchants had linked up with the Greil Mercenaries, and Ilyana wasted no time in joining up with Ike’s group as well. 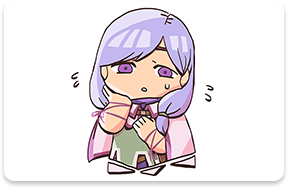 Ilyana normally has an easy-going, unhurried disposition, but when there’s food involved, she gets serious. Well, we’ve got plenty of good food here in Askr, so she’s got something to fight for! 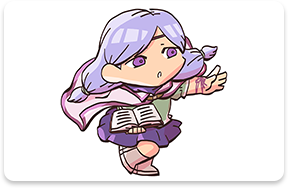 A kindhearted but stoic young man who has taken command of his father’s mercenary band. He helps Ilyana after she gets mixed up in the war with Daein.

A merchant from Crimea. Formed a traveling convoy with his peers, doing business within various countries. For a while, Ilyana joined him in his travels.