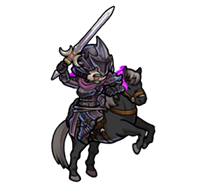 Today, I’ll be introducing you to Bertram! He’s a member of the Four Riders, a group made up of the strongest generals in Daein’s army! 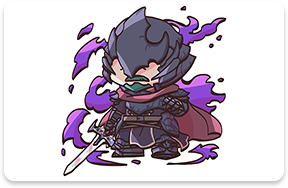 Despite his prestigious rank, Bertram is a man of mystery, and no one has seen what he looks like under the mask. I’ve even heard spooky rumors that he’s actually an animated suit of armor controlled by a vengeful ghost, or that he’s a monster from another world! 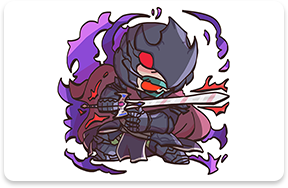 One thing’s for sure, though: when he shows up on the battlefield, he means business! He’ll keep swinging without a shred of hesitation until all his foes have been felled. You could almost say he goes completely feral… 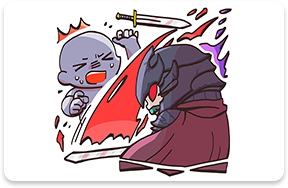 Bertram doesn’t show a shred of emotion, but apparently there was one time when he reacted in rather a strange way to Princess Elincia. I wonder what kind of connection they have? If anyone has any juicy details to share, you know who to come to! 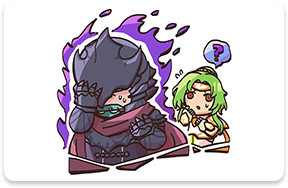 Like Bertram, he is one of Daein’s Four Riders. An enigmatic knight encased in pitch-black armor.

Like Bertram, she is one of Daein’s Four Riders. Wields the Flame Lance with a callous disdain for those around her.

The princess of Crimea, whose existence was concealed. Cares for her kingdom and people. An encounter with her on the battlefield provoked a strange reaction from the normally emotionless Bertram.