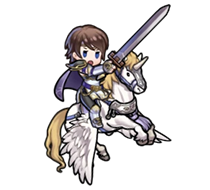 Tanith is a member of the Holy Guard, an order sworn to protect Sanaki, the Apostle of Begnion. She’s a self-made soldier who serves as the Holy Guard’s deputy commander! 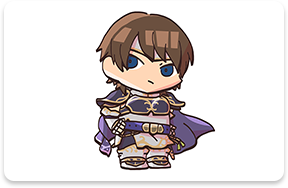 Tanith is a strict disciplinarian who’s tough both on her subordinates and herself. She won’t tolerate the slightest bit of slack, and her reputation is such that some soldiers call her “the Great Demon” behind her back. 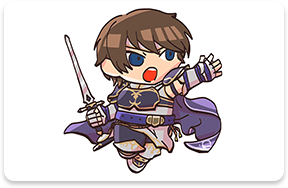 When it comes to Sanaki, Tanith reveres her even more as a person than as the Apostle of Begnion, and is absolutely loyal to her. In that respect, she’s just like Sigrun, the commander of the Holy Guard! 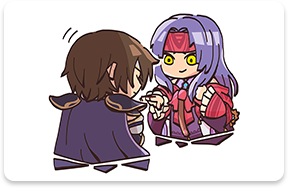 Of course, Tanith’s strictness toward her subordinates comes from a place of care. I hear she was very worried when Marcia deserted the order, for example. To think they called her the Great Demon… More like the Great Angel! 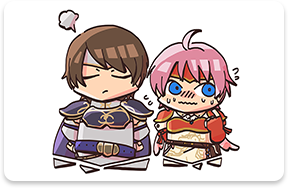 Empress of Begnion. Known as the Apostle, voice of the goddess. Young but dutiful ruler. Tanith is devoutly loyal to her even on a personal level.

Commander of Begnion’s Holy Guard, and charged with the protection of Empress Sanaki. She is kind but strong. Tanith’s superior.

Left her position in Begnion’s Holy Guard for personal reasons, choosing to travel the land in search of her missing brother, Makalov.