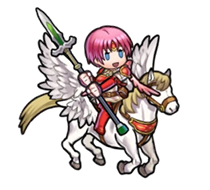 Marcia’s a hardworking pegasus knight who glides through the skies atop her trusty steed. She once was a member of Begnion’s Holy Guard where she was seen as a rising star. 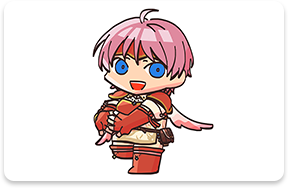 Sadly, her ascent was cut short by her brother, Makalov, who had racked up a considerable debt that brought the collectors calling at the order’s barracks. The shame was such that she felt she couldn’t stay there any longer. 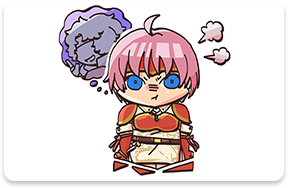 After leaving the order, Marcia went in search of her brother, who had gone missing. It was during this journey that she found herself tangling with pirates, and was subsequently aided by Ike and friends, who she decided to join. 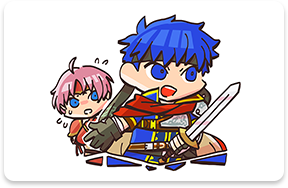 Marcia’s a cheerful person who can perhaps be a little naïve, but she’s still wise enough to see through her brother’s lies! Maybe one day the two could be reunited in Askr so she can give him a stern talking-to! 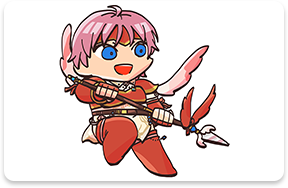 A kindhearted but stoic young man who has taken command of his father’s mercenary band. He helped Marcia when she was threatened by pirates.

A former knight of Begnion who was forced to leave because of his debts. Marcia’s elder brother. She eventually convinced him to join the Greil Mercenaries.