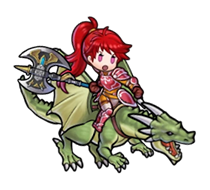 Jill is a dracoknight from Daein who serves with the forces guarding the kingdom’s borders. She’s also the daughter of Shiharam, a renowned lord who governs the territory of Talrega. 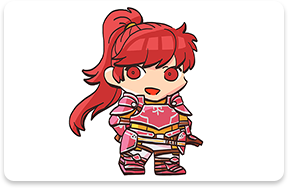 Serious and dedicated, Jill was devoted to her military career and completely loyal to Daein. She looked up to her father, who was a general himself, and Haar, the captain of her squad. 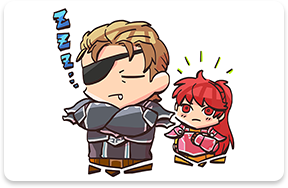 Growing up in Daein, Jill was taught lies about her country’s history, and she learned to hate the laguz as a result. However, through the course of battle, she came into contact with other beliefs and ways of thinking, and realized that the history she had learned was wrong. 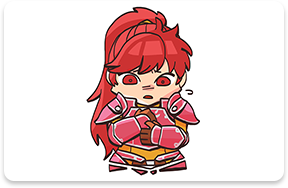 Doubting her values and her homeland, Jill abandoned the army, knowing that she may have to face her own father in battle. Still, I’m sure that whatever happens, her resolve and determination will guide her to the right path! 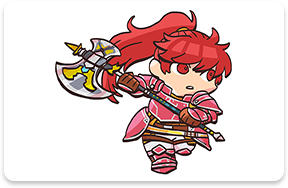