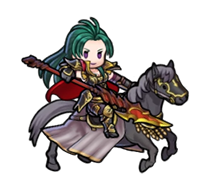 Petrine is one of the Four Riders of Daein, a group of generals feared by the kingdom’s neighbors! 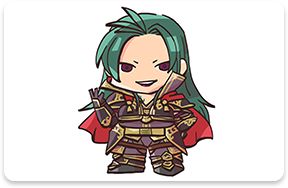 She’s truly relentless on the battlefield. Watch out for her Flame Lance—in her hands, there’s nothing it won’t burn through! 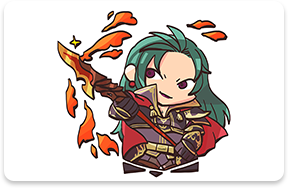 Petrine admires King Ashnard, and she’s completely committed in her loyalty to him and his belief that might makes right. I guess you could say her merciless style of fighting is a living representation of her ideals! 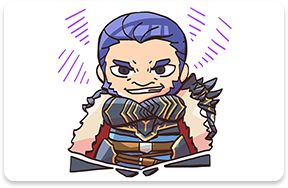 She’s proud yet ruthless, and she bears a terrible grudge toward the laguz. As far as Heroes go, she’s a scary one, all right. I hope that she finds it in herself to get along with everyone here in Askr! 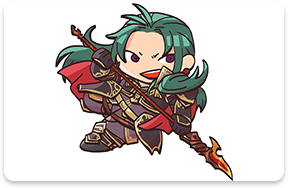 The thirteenth ruler of Daein. Plotting to wield his power to rule without opposition, he plunges the whole continent of Tellius into war. With Petrine and the rest of the Four Riders under his command, he seeks to dominate all of Tellius.

One of Daein’s Four Riders. An enigmatic knight encased in pitch-black armor. He orders Petrine to retreat during her battle against the Greil Mercenaries.