Sothe of the Dawn Brigade is joining the festival! You know, given his past life as a chivalrous thief, I’d say this event was practically made for him! 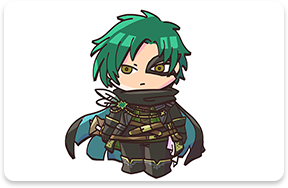 Here he is, showing off his sense of style with a sleek black outfit! The waistcoat, cape lining, and brooch all are accented with his classic green to really give it his own personal touch! 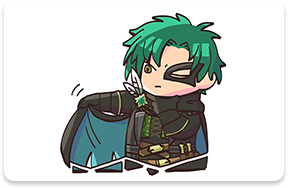 Sothe usually fights using a dagger, and his weapon of choice has picked up some extra flair for the festival in the form of an attached calling card. It even has a purple rose decoration on the grip! 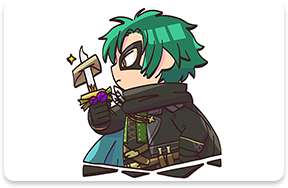 I wonder what kind of riches Sothe has his eye on at the festival… Whatever big heist he’s planning, I hope he doesn’t do anything that would make Micaiah worry! 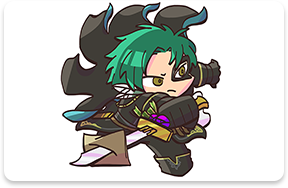 A kindhearted but stoic young man who has taken command of his father’s mercenary band. He first discovers Sothe as a stowaway looking for Micaiah and is sympathetic to him, later fighting alongside him.