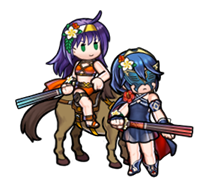 I’ve never seen anything like this… Two Heroes have crossed between worlds to fight together as one! Let’s introduce today’s Harmonized Hero, shall we? 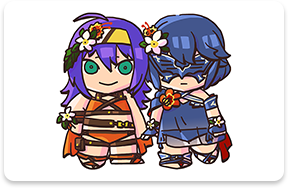 This daring duo is made up of Mia, the rookie mercenary who’s aiming for the top, and Luci—I-I mean…the mysterious masked swordsman who goes by the name of Marth! 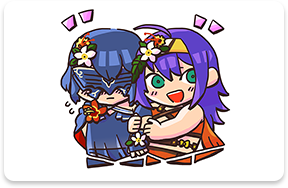 They’re both wearing swimsuits for the summer, and together, they’re more radiant than the sun itself. And while you’re checking out their attire, don’t miss the flowers they’re wearing in their hair! 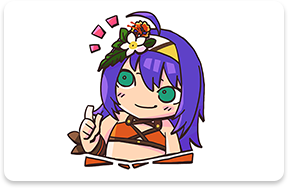 I don’t think this is the first time Mia has had Marth’s back, either—in fact, I hear they’ve fought side by side in Tempest Trials before! Though they come from different worlds, they make a surprisingly good team! 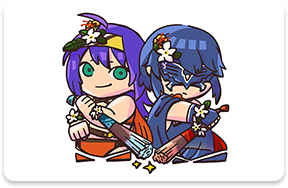 A kindhearted but stoic young man who has taken command of his father’s mercenary band. He recruits Mia into the group.

A princess and daughter of Chrom who traveled to her past to prevent apocalypse. Seems to have a close connection to Marth, the masked swordsman.