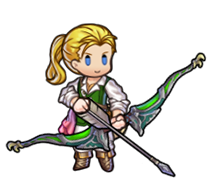 Jorge is a trader from Crimea. He and his friends formed a merchant convoy that travels across Tellius! 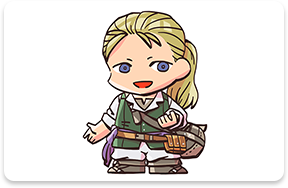 The members of the convoy all handle different jobs, like selling weapons and armor, reforging weapons, and so on. Jorge’s job is to buy spare items and used gear. 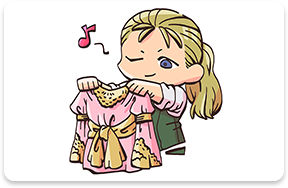 Incidentally, Jorge’s twin brother, Daniel, also works with the convoy. While Jorge can be sly and a bit temperamental, Daniel is meek and earnest. Despite their differences, they’re still as close as brothers can be! 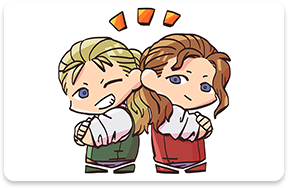 During the war between Daein and Crimea, Jorge’s merchant convoy worked exclusively for the Greil Mercenaries. Now that Jorge has come to Askr, I hope the Order of Heroes can count on the same service! 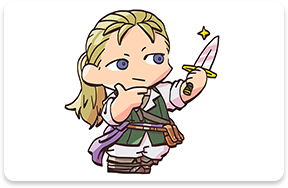 A kindhearted but stoic young man who has taken command of his father’s mercenary band. Ike encounters Jorge and the convoy after their escape to Gallia and signs an exclusive contract with them.

A mage who’s always on the verge of collapsing from hunger. She was rescued by Jorge and the convoy after one such fainting spell, and repaid their kindness by staying with them for a while.