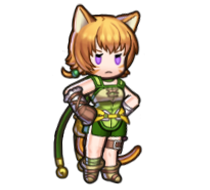 Lethe is a cat warrior who lives in Gallia. She has a twin, too—a sister called Lyre. 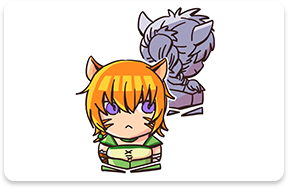 Lethe is an accomplished soldier, having successfully carried out numerous missions for King Caineghis. She led the Greil Mercenaries to his castle, and later, helped to restore order in Crimea. 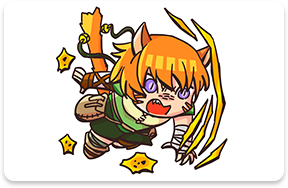 On the battlefield, she has the advantage of her feline agility, making her an intimidating foe to fight against. When transformed, her sharp claws make her all the more terrifying! 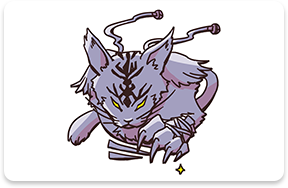 At first, Lethe didn’t trust the beorc, and tended to be harsh when speaking to them. But a little trust goes a long way, and with time, she became a faithful ally. 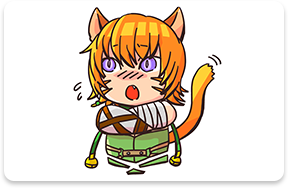 The leonine king of Gallia. He dispatches Lethe and Mordecai to meet the Greil Mercenaries and lead them to Castle Gallia.

A Gallian tiger warrior. Working with Lethe, he helps the Greil Mercenaries after they defend Princess Elincia.